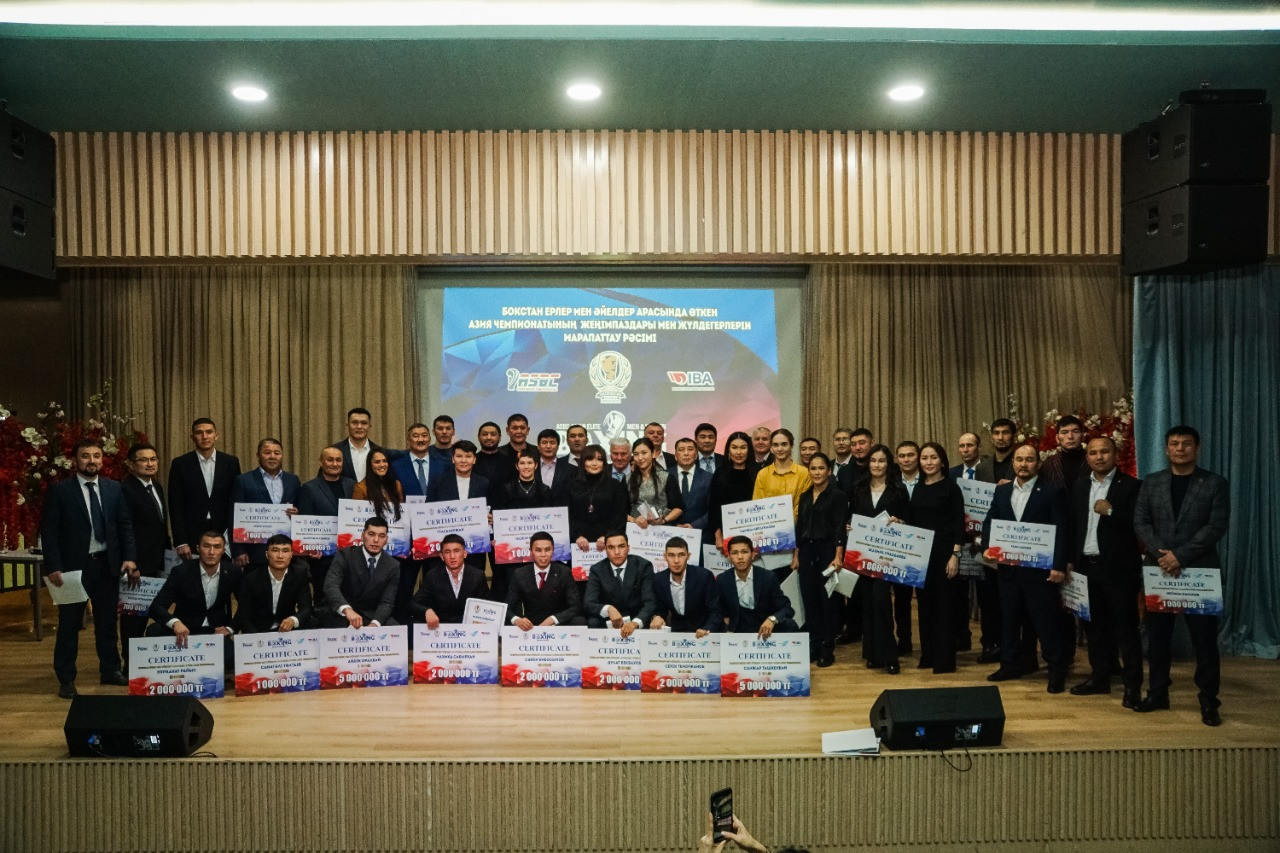 Kazakhstan has deep boxing tradition and the sport is in highest esteem. Keeping it in a good shape, supporting the sportsmen is the primary goal of Kazakhstan Boxing Federation and president Kenes Rakishev.  The winners and prize-winners of the Asian Boxing Championship 2022 were awarded a monetary reward from the President of the Kazakhstan Boxing Federation Kenes Rakishev. This tradition is well established within the Federation: Rakishev visits all the international and national championships to support his team.

On November 29, 2022, in Almaty, according to the already established tradition, a press conference and a solemn celebration of the winners and prize-winners of the Asian Boxing Championship among men and women in Amman, Jordan took place. The medalists received cash certificates and iPhone PRO phones from the personal funds of the President of the Kazakhstan Boxing Federation Kenes Rakishev.

The team members who contributed to the successful result were not left without attention: the coaching staff, personal trainers and representatives of the integrated scientific group of boxers. In total, about 50 people!

The award ceremony was attended by the leadership of the Kazakhstan Boxing Federation, headed by its President Kenes Rakishev.

Thus, the Asian champions received certificates from the President of the CFB in the amount of 5 million tenge each;

The silver medalists of the CHA were awarded 2 million each;

The bronze medalists of the Asian Championship in Amman were awarded 1 million tenge each;

Also, the coaching staffs headed by Kairat Satzhanov and Shamil Safiullin received their certificates. They were entitled to 1.5 million tenge each. Representatives of the coaching staff and personal trainers of prize-winning boxers received 1 million tenge each. Moreover, the specialists of the integrated scientific groups of the national teams were also awarded with monetary certificates.

“Today we have moved away from the traditional format of our award ceremonies. I personally saw the finals with the participation of our boxers in Amman and these fights made me think – what is missing for Kazakhstani boxers at the most important moment? In the battle for gold medals, when it remains to take only half a step to the highest step of the podium, for some reason our “stop”. In order to work with their psychology, raise their self-esteem even higher and believe in themselves, I specially invited Radislav Gandapas, the most famous coach and motivator of the CIS, from Moscow. Our work with athletes on this will definitely continue, ahead of the World Cup in Uzbekistan and the Asian Games in China,” Kenes Rakishev said.

It is worth noting that the International Boxing Association (IBA) has already announced that at the World Cup in Tashkent-2023, the winners will receive 200 thousand US dollars each. As part of the award ceremony, Kenes Rakishev also made a statement – in addition to the prize money from the IBA, the winning boxers of the NSC will receive 100 thousand US dollars from his personal funds following the results of the fights in the capital of Uzbekistan.

Returning to the topic of motivation of certified coach and author of the workshop “Declare yourself” Radislav Gandapas, his workshop for masters of leather gloves made a great impression. The parties agreed for the future that this is not the last work of the Gandapas for Kazakhstani boxers. All these steps taken by Kenes Rakishev, president of the KBF, of course, should bear fruit for our athletes.

Almost immediately after awarding the winners and prize-winners of the Asian Championship, the men’s Boxing Championship of the Republic of Kazakhstan starts in Pavlodar. It should be noted that due to the late dates of the continental competitions in Amman, the above-mentioned prize-winners and champions will not perform at the republican competitions. Of the entire main squad in Pavlodar, only Sanatali Toltaev will box in the Olympic weight up to 63.5 kg.