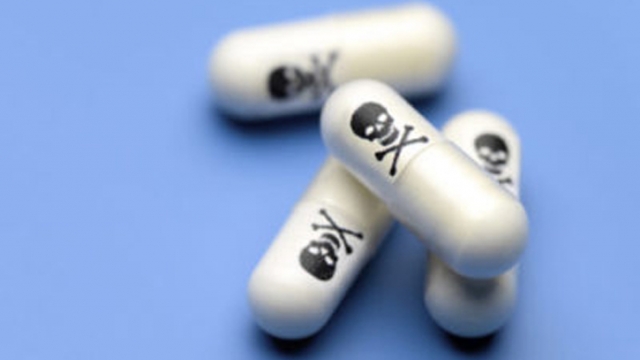 With increased mass shootings being reported around the country, the Citizens Commission on Human Rights International reinforces the need for toxicology testing to be conducted on perpetrators to isolate any psychotropic drug use that may have induced their committing violent acts. A common stimulant prescribed to children and teens now carries an Australian drug regulatory agency warning of homicidal thoughts, which CCHR calls upon the U.S. Food and Drug Administration (FDA) and similar agencies to include and to more prominently display all aggressive side effects in psychotropic drug prescription packaging. There should be a protocol put in place in every state to monitor potential causes of violence, as more and more drug regulatory agencies warn of the drug-violence link, CCHR says.

One of the latest warnings comes from Australia’s Therapeutics Goods Administration (TGA) for the stimulant dexamfetamine (also known as dextroamphetamine), which is prescribed to treat Attention Deficit Hyperactivity Disorder (ADHD). The drug–like many “ADHD” stimulants–is commonly abused, which can lead to overdose. The TGA warns that an overdose may cause “suicidal or homicidal tendencies.”[1] However, this is not addressed in the FDA’s warnings for several dexamfetamine products.[2]

In a boxed warning, the TGA adds, “Treatment with dexamfetamine should be withdrawn in patients who develop suicidal ideation or behavior, thoughts or acts of self-harm, psychosis/mania, or worsening of aggression/violent behavior” while taking the drug.

Abrupt cessation (withdrawal) following prolonged high dosage results in extreme fatigue and mental depression. The most severe manifestation of chronic intoxication is psychosis–which can be misdiagnosed as “schizophrenia.”

A common “ADHD” stimulant is mixed amphetamine and dextroamphetamine. It takes about 50 hours for the drug to be excreted from the body, so during that period, consumers can be at risk of violent or aggressive behavior.[3] In 2021, U.S. prescriptions for this drug had increased to 41 million from 37 million in 2020.[4]

CCHR says it is vital that this issue be addressed to revert a violent trend that has coincided with the proliferation of psychotropic drug consumption.

There are at least 630 international drug regulatory agency warnings about psychiatric drugs, of which 70 warn of self-harm, suicide, or suicidal ideation and 43 about violence, mania, psychosis, hostility, aggression, or homicidal ideation.

In several high-profile U.S. shootings, the perpetrators had been prescribed amphetamine-like stimulants, including the teen responsible for the Marjory Stoneman Douglas High School shooting in Florida in 2018. At one point he was labeled with “ADHD” and prescribed stimulants, which are known to cause hallucinations, behavior changes, aggression, abnormal thoughts, sudden outbursts, thoughts of suicide, and mood swings.[5]

In August 2019, a 24-year-old opened fire outside a bar in Dayton, Ohio, killing 9 including his sister, and injuring 27 others. The county coroner reported that he’d had cocaine, the benzodiazepine alprazolam, and alcohol in his system at the time of the rampage.[6] The young adult was an admitted abuser of the stimulants several ADHD stimulants.[7]

The FDA has received hundreds of reports of aggressive behavior in children taking stimulant drugs. Up to 20% resulted in a significant injury or hospitalization.[8]

Violence is not limited to stimulants. In November 2005, the FDA added “homicidal ideation” as a side effect of the antidepressant venlafaxine extended-release.[9]

The FDA’s Adverse Event Reporting System has at least 1,530 cases of homicide/homicidal ideation reported to it as linked to psychiatric drugs. The FDA admits that only 1-10% of drug side effects are reported to its MedWatch program. Taking a moderate 5%, then, the potential number of reported incidents could be as high as 30,620.[10]

Sales of prescription stimulants reached almost $9 billion in 2012 in the U.S. alone–a more than quintuple increase since 2002, according to data from the healthcare technology and information company IMS Health (now IQVia). By 2013, more than 3.5 million American children were taking an ADHD drug.[11] In 2020, the number of 0-17 years old taking stimulants started to decline to 3.15 million, according to IQVia. However, an additional 3.24 million Americans between the ages of 25 and 44 years were taking them.[12]

The fact that ADHD has no known etiology or medical test to confirm it makes the mass diagnosing of it even more troubling. Often normal childhood behavior is marked as ADHD, causing dissension between medical factions about its validity, especially as it was not scientifically discovered but voted to be included in the Diagnostic and Statistical Manual of Mental Disorders (DSM) in 1987. Child psychiatrist Leon Eisenberg, an early pioneer in identifying ADHD, made a deathbed confession in 2009 that ADHD is a “fictitious” disease.[13]

Law enforcement officers should be aware of the connection between psychotropic drugs and their suicidal and homicidal effects, which can lead to acts of violence.

CCHR’s report Psychiatric Drugs Create Violence and Suicide draws attention to a New York Assembly Bill introduced in 2015, which had it been enacted, would have required police agencies to report certain crimes and suicides committed by a person who was using psychotropic drugs. Toxicology tests would identify which drugs are most associated with acts of violence.