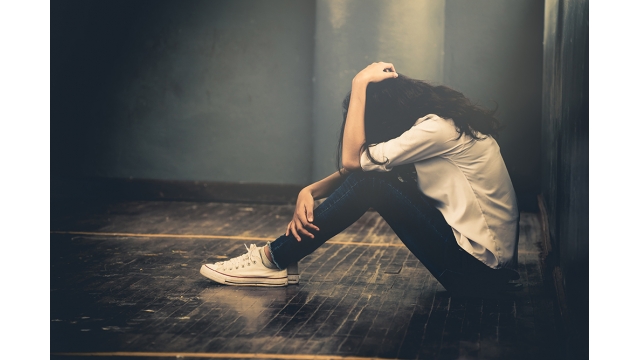 As the year draws to an end, Citizens Commission on Human Rights International, a mental health industry watchdog, reviews the campaign that has raised awareness about the abuse of “troubled teens” in a behavioral and psychiatric industry that has put profit before patient welfare. During the past seven years, CCHR has sent tens of thousands of notifications about child abuse in America’s behavioral treatment system to state and federal legislators, including about restraint deaths and the need for legislative protections. Celebrities such as Paris Hilton, Paris Jackson, Kat Von D, and recently Collin Gosselin and “White Boy Summer” rapper Chet Hanks (son of Tom Hanks and Rita Wilson) have all spoken out about the trauma of being held against their will in behavioral facilities during their teens.

In February this year, The Private Equity Stakeholder Project report, “The Kids Are Not Alright: How Private Equity Profits Off of Behavioral Health Services for Vulnerable and At-Risk Youth, revealed how for-profit behavioral facilities had become a gravy train for investors in a $23 billion a year “child abuse” industry.[1]

Since Hilton spoke out in 2020 in her documentary, This is Paris, about being locked up, at age 16, in the Provo Canyon School behavioral facility in Utah, many others have warned of similar experiences. Recently, Chet Hanks, 32, revealed he was sent to a southern Utah “wilderness program” as a 17-year-old in 2008 to handle his addiction and behavioral issues. He detailed the harrowing experience, much the way that Paris Hilton has done. He believes his parents were manipulated as they had fame and money and he ended up staying longer than most other teens. He was forced to do “manual labor” in the remote wilderness.[2]

His parents would have been unaware of an October 2007 Government Accountability Office (GAO) report that found restraint deaths and other abuses in youth behavioral facilities.[3]

Collin Gosselin, 18, from the reality TV show Jon and Kate Plus 8 also opened up about his experience in an institution owned by a for-profit behavioral facility company that his mother–then divorced from Jon–forcibly sent him to at age 12 believing it would deal with his behavioral issues.[4] The institution was a “scary place,” Collin said, “I think being in a place like that does more damage than it helps you.” His father ultimately removed the teen from the hospital after the boy begged for help in a 2017 letter.[5]

Both celebrities were lucky to survive the controversial “troubled teen” programs. Collin says he now concentrates on a positive future. Chet said his parents have always supported him and he has now found peace in solitude and has strengthened his relationship with God.

But the abuses in these types of “troubled teen” facilities and psychiatric hospitals continue to this day. On December 1, 2022, NewsChannel 5 Investigates in Tennessee reported the case of two teenage girls who died from overdosing on over-the-counter medication while at an Oak Plains behavioral facility. The girls gained access to a nurse’s station to take the drug, and fell unconscious, dying shortly afterward.[6]

Online the facility says it treats troubled kids ages 5 to 17. Since 2017, Montgomery County Sheriff has received 238 reports that vary from assaults to runaway calls, and many others.[7]

In December 2022, a former medical director of a psychiatric facility for children and adolescents in Virginia was arrested and charged with two counts of aggravated sexual battery and two counts of object sexual penetration by force, relating to allegations made by two former patients.[8] The hospital has been under criminal investigation by the Virginia State Police for child abuse and neglect since October 17, 2017.[9] The Charlotte Observer recently reported how child abuse and neglect in North Carolina psychiatric facilities is common, yet action to handle the problem and bring accountability is rare.[10]

Many well-meaning parents end up deciding on such programs for their children after being given false assurances of “efficacy” by those who have a financial stake in the matter. However, there is no science to a “wilderness program” component in adolescent therapy.[11]

CCHR says the year’s end must come with a commitment from legislators, policymakers, and educational reformists to remove psychiatric and psychological programs from troubled children and teens’ lives.

[1] “The Kids Are Not Alright: How Private Equity Profits Off of Behavioral Health Services for Vulnerable and At-Risk Youth,” Private Equity Stakeholder Project, 17 Feb. 2022, pestakeholder.org/wp-content/uploads/2022/02/PESP_Youth_BH_Report_2022.pdf; www.breakingcodesilence.org/federal-legislation/

[4] “Collin Gosselin Opens Up About Estrangement From Mom Kate and If He’s Open to Reconcile (Exclusive),” ET, 28 Nov. 2022, www.etonline.com/collin-gosselin-opens-up-about-estrangement-from-mom-kate-and-if-hes-open-to-reconcile-exclusive